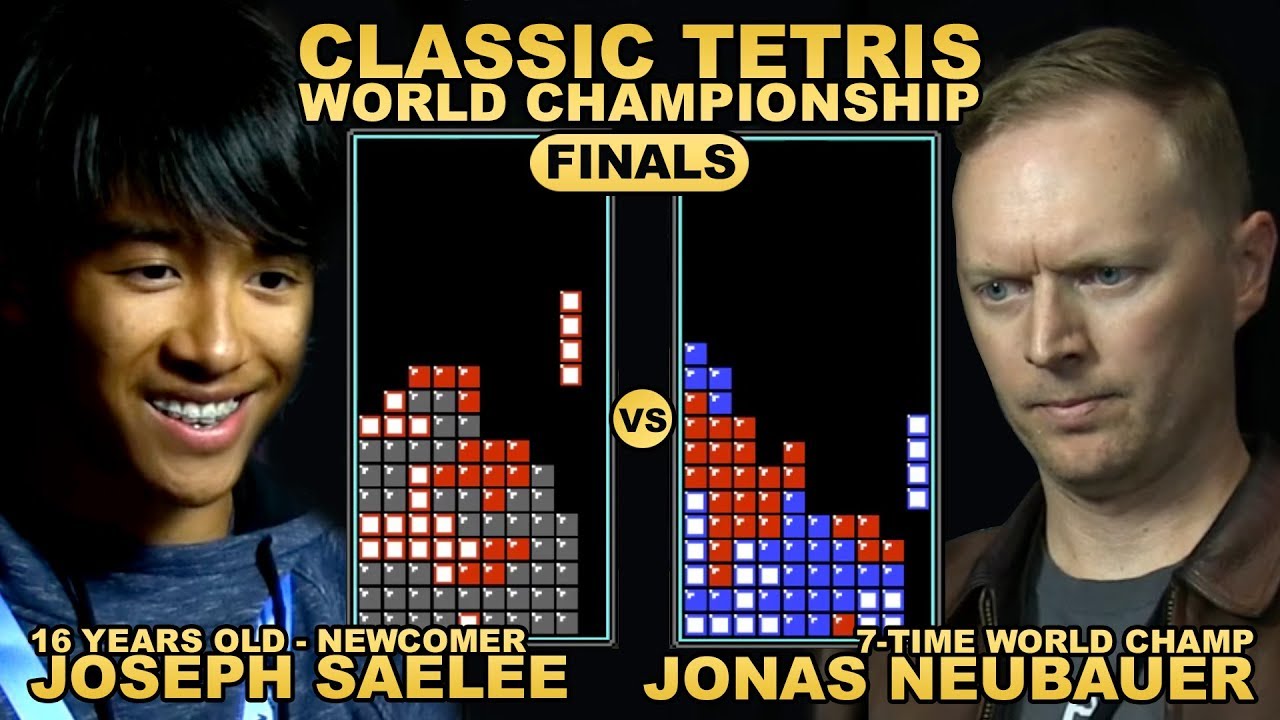 If you’re new, Subscribe! →
Help support the CTWC: — “BOOM Tetris For Jeff” T-shirts and other CTWC merchandise:
learn more at

One of the greatest matches in CTWC history! With commentary by James Chen and Chris Tang.

In the 1990 Nintendo World Championship competition, Tetris was the game to beat. The winner, Thor Aackerlund, is still seen by many as the best to have ever played. Today’s Classic Tetris tournaments are played on that same version of Nintendo Tetris, using original NES game systems, controllers, and Tetris cartridges. In 2009, a player named Harry Hong became the first to achieve the highest possible score of 999,999 points. Inspired by this achievement, filmmaker Adam Cornelius produced a short film about Harry called “Max-Out”, and launched a Kickstarter campaign to document the world of competitive Tetris. As word of Adam’s Kickstarter campaign spread, rumors of max-out scores from other Tetris Masters began to surface, threatening the supremacy of Harry’s achievement. With the help of Nintendo World Championship veteran Robin Mihara, Adam searched for all of the Tetris Masters he could find. Jonas Neubauer emerged as an early max-out artist, along with the elusive original champ Thor Aackerlund. The idea of bringing these and other NES Tetris Masters together to compete in a live tournament became an obvious and irresistible proposition which was artfully captured in the 2010 feature length documentary Ecstasy of Order: The Tetris Masters. Under the leadership of producer Vince Clemente, The Classic Tetris World Championship is currently held at the Portland Retro Gaming Expo, an annual event which has hosted the tournament since 2012. Chuck Van Pelt and his organizing committee have built the PRGE into the largest classic gaming expo in the country, drawing around 9000 attendees. Every year the scores get higher. Rivalries are revisited once again, and new players emerge to challenge the old guard. Over 30 players have maxed out the score now. Will you be the next?