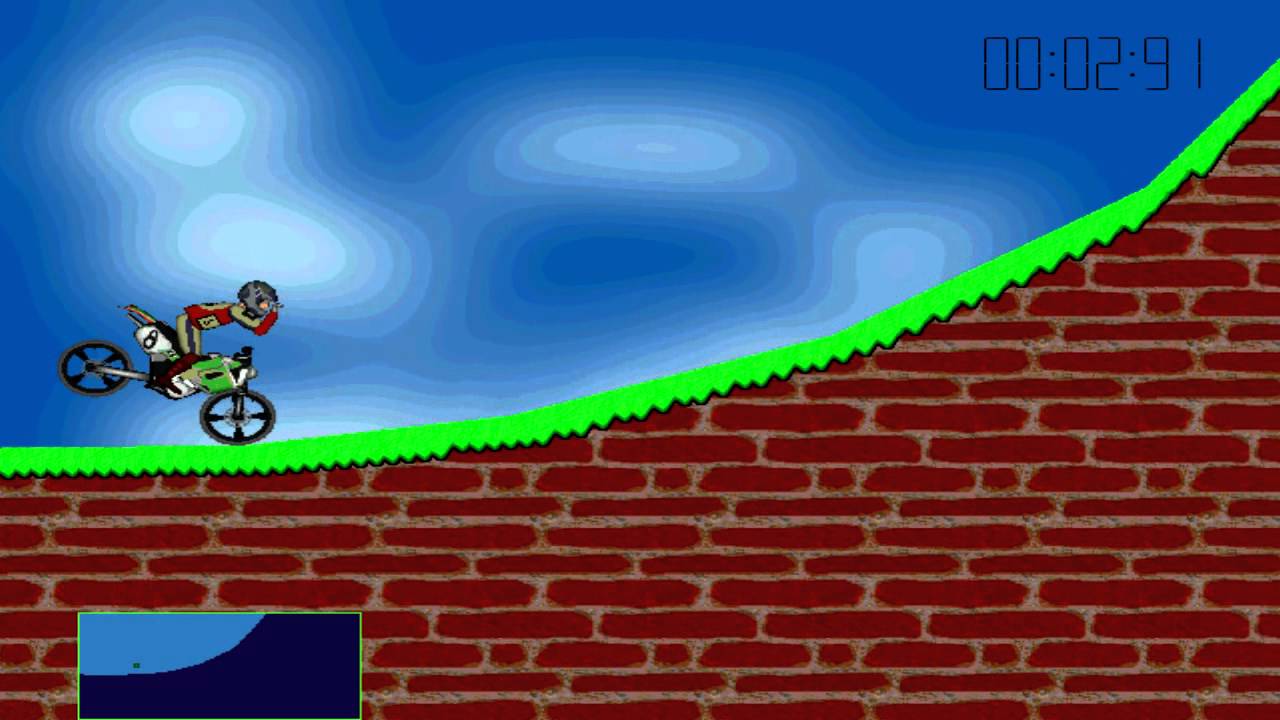 Mania (also known as Elma) is a 2D motorbike simulation game released in 2000. Elasto Mania claims to be “based on a real physical [sic] model”.It explores the notion of elastic motorcycles. The goal of each level is to collect every apple (disappearing by contact) spread throughout it, and then to touch the flower (the exit object). Some people, especially the ones part of online groups such as Mopolauta, play the game trying to finish levels as fast as possible, while others, mostly quite-new-to-the-game players, simply concern themselves with the accomplishment of levels, often first requiring figuring out a way for them to be solved. Ultimately, though, experienced players are motivated by the objective of finishing levels in the least amount of time possible, trying either to settle down personal, or world, records. That contributes to setting the stage for serious competition, especially in the official game levels.