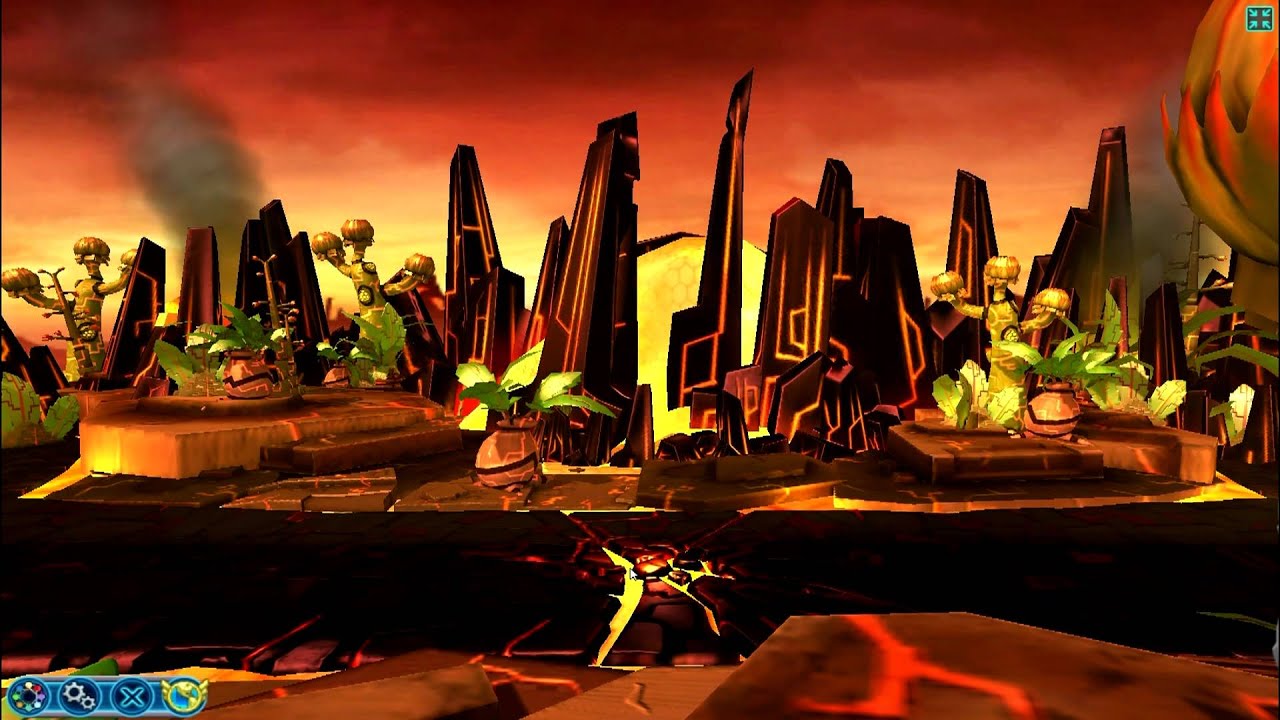 Mechatars is a free to play 3D browser-based sci-fi themed MMORPG and interactive toy robot. The online game was developed by Schell Games and the toys were developed by iLoveRobots.

With a Mechatar robot, kids are able to drive their toy around with the included remote control, complete offline missions and also challenge their friends to online and offline Mechatar battles. Kids who have a Mechatar robot can connect it to the online game. Those without a Mechatar robot can still play the virtual online game for free. The objective of the game is for kids and Mechatars to work together and defeat the evil Swarm.

Players can battle against other Mechatars to level-up and train for the fight against the Swarm. Players can equip mechatars with 3 weapons. Mechatars can also carry 9 different attacks to pummel, freeze, or incinerate your adversary. Players must choose carefully because each weapon has an affinity to one of the eight elements that control the natural flow of life in the Mechaverse. Depending on opponent, one weapon’s element could be deadly or leave you open to attack.

The Mechaverse:
– Years ago, a group of human scientists discovered an inter-galactic rift between the earth and the mechaverse, a distant galaxy never before known to humankind. The mechaverse is home to the mechatars as well as an array of plant and animal life on dozens of planets.

The Eight Elements:
– There are eight elements that control the natural flow of life in the mechaverse. Each weapon used in the mechaverse is infused with an elemental power source which gives the weapon unique advantages in battle. Each mechatar also favors certain elements.

Initiative Missions:
– The initiative calls on members to battle the swarm through missions. In each mission, mechatars must spy on, undermine or destroy enemy swarm.

The Swarm:
– The swarm is an evil force that has been menacing the mechaverse for centuries. In recent years it has grown ever stronger, and some say it may even be establishing a presence on earth. It is now clear that the swarm is the greatest threat the universe has ever known. our only hope to destroy it once and for all is to join the initiative and train mechatars to fight it.

The Mechatars:
– Mechatars are intelligent robots who hail from the mechaverse. Multiple species of mechatars, including alphas, wrexx, and kodars, each live in tribes with rich histories and distinct cultures. Mechatars are able to exist simultaneously in the mechaverse and on earth, where you can help them train for the fight against the swarm.

Battles:
– Mechatars battle each other to gain strength and experience. Mechatars who have won many battles will be stronger as they fight the swarm.

The Initiative:
– The initiative is a top-secret society of humans and mechatars with one mission–to destroy the swarm. Humans in the initiative battle the swarm by training mechatars here on earth, and helping them fight the swarm in the mechaverse. The initiative was founded by a group of alphas and the human scientists who had first contact with them.