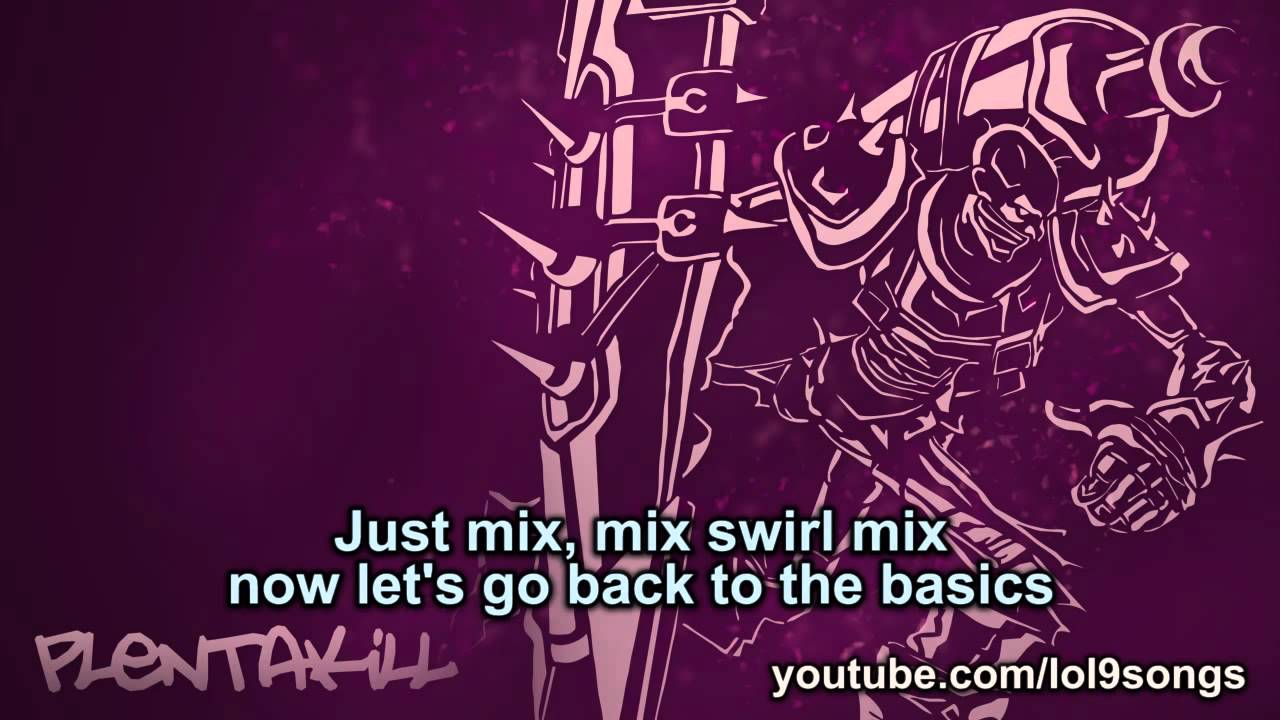 Get this song on iTunes!

Singed, he doesnt need his teamates in fights
He just wants to be chased, whether its all day or all night
and he feels so op when his enemies gettin zoned
In spite of the fact that some people still think they can own ‘im

But throw ’em, he’s got them slowed
Has high CS for salary his ult means your fatality, just makin’ some poison
Flingin the Ori, makin’ sure his stacks stay up
That means when your team is down, he starts flinging yah up

What are towers anyways? He never seems to die much
Never concered with ganks cuz he leaves his lane with dots up
His enemies chase him like nothing’s given despite the fact
that many misjudge his health cause his ultie lets him heal it back

Build put together himself , now his hp collects
Never asking for someones help gets his jungle’s respect
He’s only focused on the squishies, no one is beyond reach
Adhesive on the ground, the slow is so op

This is twenty percent mana
Eighty percent healninety
nine percent armor, may as well be made of steel
Who would’ve ever thought that they could duel with him
Cause you cant chase him, youre too slow, go back to the gym.

Hes got rylais and sunfire, using that slow
Sticking close to you at all times, ready to throw
and Oh, theres no-one that can stop him at all, none.
cause when you think he’s getting started, the game is already done.

They see his glue, they stick
And his team admires and fights,
he fights for aiur, and nox
Found him in bot lane with sorak
What a flippin chemistry mastermind
yea he’ll run he won’t stop
The tank…with Armor, health, MR and gas from his workshop
Just mix, mix swirl mix now let’s go back to the basics
Don’t try to tower dive Singed cuz if you do you’re in deep shhhh-
ame he can fling any champ, no need to obey physics
It’s all a four-step process, go and learn it from Visix
(Mad Chemist)

hes breakin loose now chuggin’ his juice
and he’s sprintin longer and quicker than teemo when he gets spooked
He often gets a comment on his game
People Keep asking him was he…..
OP at birth or was he buffed when they patched him
NO…he’s a chemist at heart, Warwick taught him his tricks
He’ll get you choked up faster than a noose and a chair kick
In the field of AP Chem he’s known as one of the best…
but now he’s doing what he loves, giving in to the madness

Forget dying, he’s the best damn tank in the league
Tank the enemy team and help his teamates put ’em to sleep as he
Ults, then he slows, Qs, and uses his E
Remember Hitler, well Singed is starting World War III
He bought his banshees, living off his spree
and to tell you the truth he’s the only teammate you need
and those other champs that he runs with, the ones on his team
they do the damage just to help the teamfight succeed