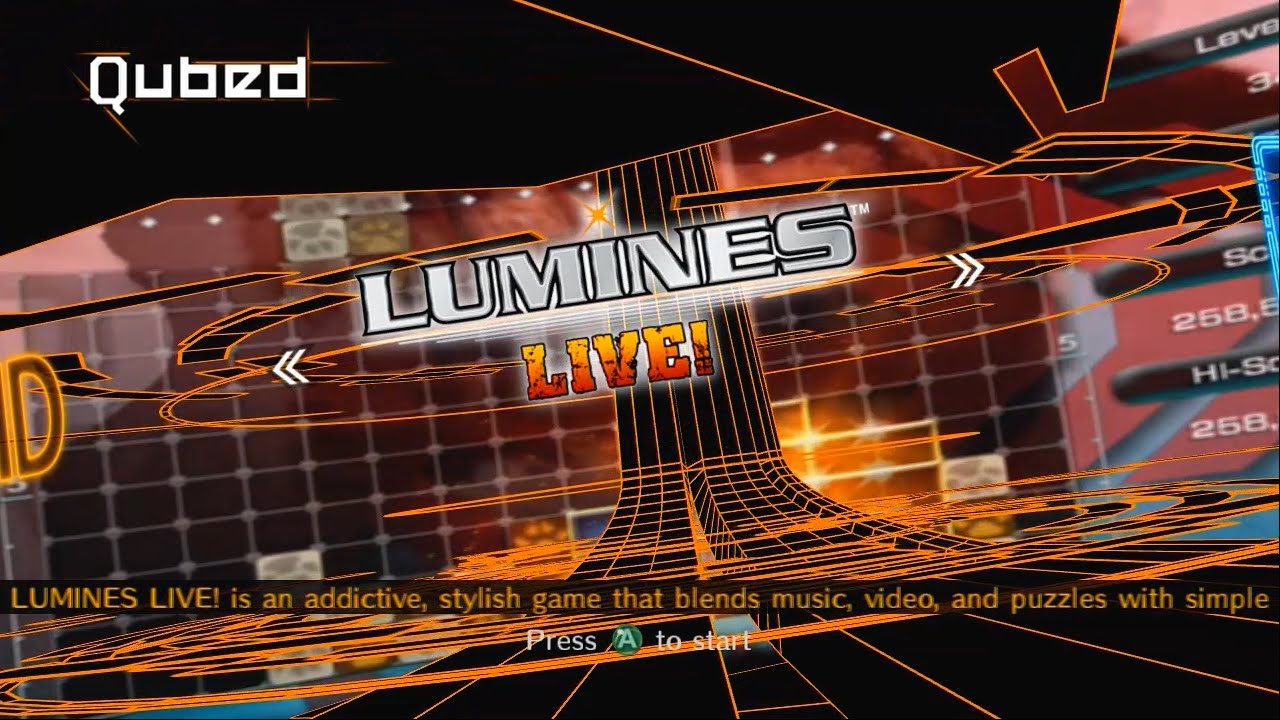 Qubed is a compilation of three music-based games developed by Q Entertainment, masterminded by Tetsuya Mizuguchi (formerly from Sega where he was best known for producing games such as Space Channel 5 and Rez), and Shuji Utsumi (former founding member of Sony Computer Entertainment America, Senior VP of Sega Enterprise, and head of Disney / Buena Vista Games Asia). Herein lies the updated “Rez HD”, “Lumines Live!”, and “E4 / Every Extend Extra Extreme”. In addition to the games, Qubed has nice extras such as new options, interviews, and more. Each of these games are also available individually on the Xbox Live Marketplace. Here’s a brief overview of the games as they appear in our video.

– Every Extend Extra Extreme – ( 3:14 )
This game is an expanded version of the popular PSP game, “Every Extend Extra” which is, in itself, an expansion of the 2004 freeware title, “Every Extend”. The goal of the game is to detonate to the beat of the music and destroy as many enemies and objects as possible in the process. As the player destroys more foes, they can grab power-ups and increase their chaining potential. Holding down the detonation button can charge your blast and increase your blast radius, helping you do even larger chains. There are several modes of play suited for players of almost any skill level.

– Lumines Live! – ( 12:38 )
This game is a drop puzzler where players create chunks of blocks to be eliminated by a timeline bar that sweeps the playing field regularly, generating sounds and rhythmic delight in the process. The speed of the timeline bar and the accompanying sights and sounds are determined by different “skins” which the player can unlock or download. Essentially a simple game in theory, it is fun nevertheless. Lumines Live! is based off the PSP game, Lumines, and was one of the more successful PSP releases, selling over a half million copies within its first year.

Overall, Qubed is an excellent compilation of three great games, and at its current going rate is a steal for hours of entertainment — it would even be worth twice the going rate (~$25), so if you like shooters, puzzlers and time-wasters, you owe it to yourself to add these oldies-but-goodies to your 360 line-up. This is a video of these games in action. Enjoy.