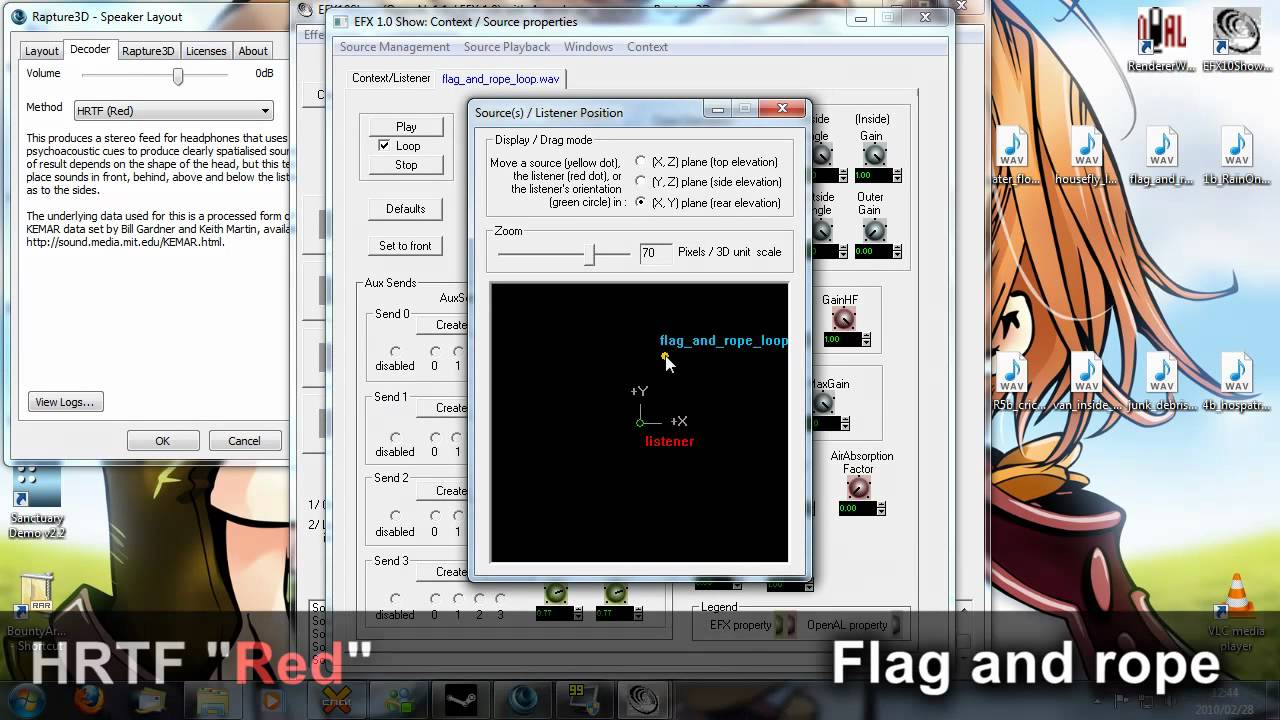 Rapture3D is an OpenAL driver that can produce 3D headphone surround sound using HRTFs. In this video, I’ve attempted to demonstrate this effect using a program called “EFX10Show” to drag the position of various different sound sources around the listener. I’ve also used a program called “Renderer” at the start of the demonstration. “Renderer” and “EFX10Show” come with the OpenAL 1.1 Core SDK.

Rapture3D is able to produce much more than just simple left-to-right panning when you’re using stereo headphones. Take note of how it can simulate sounds sources from all around you. The difference between in-front and behind, as well as above and below, is quite clear.

Rapture3D is made by Blue Ripple Sound.

When you’ve finished watching this video, rewind it and watch it again … this time with your eyes closed.