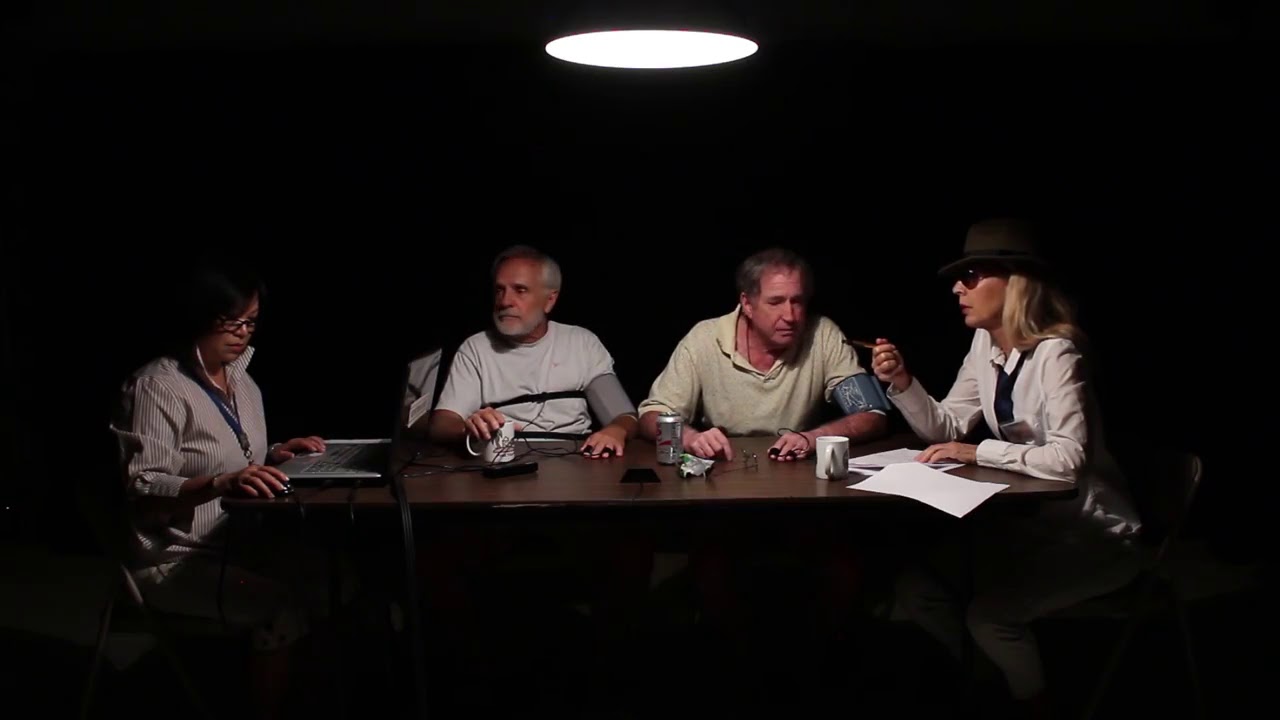 This is a quirky video about ReFraze the Game app that’s available either directly from the stores or through our website at refrazethegame.com. ReFraze is so different that we wanted to have some fun with it by having a mock interrogation of the game’s two creators Jerry Sweeney and Ron Fowler. The app store detective is shown drilling Ron and Jerry as to what kind of game ReFraze is. The two guys proceed to explain that they have rephrased (refrazed) titles of movies, TV shows, songs, books & sayings and they’re challenging the player to figure out the correct title. To make sure the two “old farts” are answering truthfully, we see the app police are using a lie detection machine that’s being run by some gal who thinks she’s funny. So while the creators explain that the game is both a word game as well as a trivia game as well as a phrase game, the detective and the detector operator are seen getting pretty frustrated. The detective finally gives up and accepts the fact that the game is truly like no other.