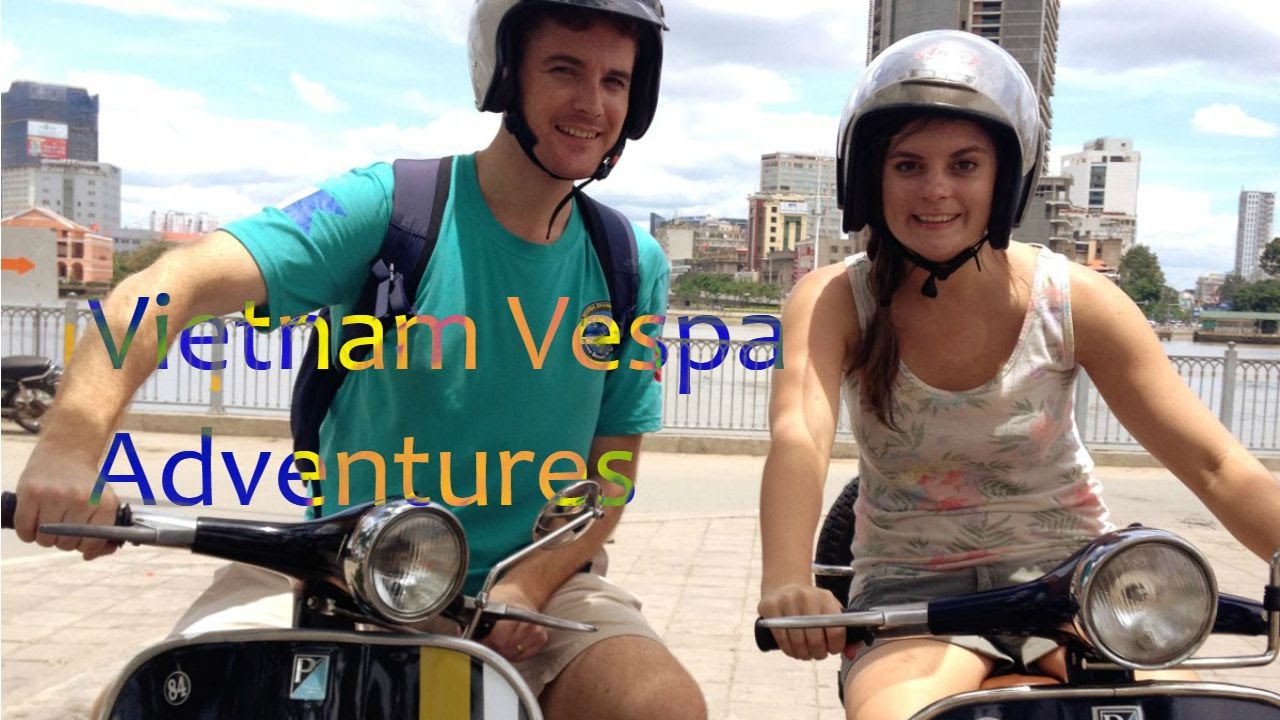 Carmen and Dave from go on a Vietnam Vespa Adventures Tour of Saigon. Join them for the ride!

From the blog: As you probably already know by now, Dave and I aren’t really tour people. We often like to go out on our own, and if you can experience something independently, then we feel that (for us) it’s better to do it solo.

But riding a scooter was not going to be an independent journey for us.

Enter Vietnam Vespa Adventures. Our friends who’d visited us from China the week earlier said they’d used this company to do a tour of the Meekong Delta and raved highly of it. “They really knew their stuff and it was a great day,” our friend Kevin said.

I logged on to their website and saw they had a day tour around Saigon’s centre called the Insider’s Saigon tour. They were going to take us on a highlight tour of the city. Mode of transport? A vintage Vespa.

A park where the birds socialise

We were picked up from our apartment at 8am, still yawning. We woke up quickly as we jumped on the back of a Vespa and our guides manoeuvred into the thick of rush hour traffic. Intense! A bus nearly clipped our scooter, but my driver was non-plussed, I think near misses are far from a rare occurrence in Saigon.

We were taken to Tao Dan Park and found it busy with men drinking coffee on small tables as their caged birds chirped to each other above them.

“These birds aren’t for sale,” our guide explained. “They are owned by these men, who come to the park each morning between 7 and 9. They like to see their birds socialise with one another.”

But looking around us, it was clear that the men were enjoying the socialising, sipping on strong café sua das, just as much as their birds were.

Memorial to an amazing act that denies belief

Our next stop wasn’t so light-hearted. We hopped back on the Vespas and scootered off to the
Thích Quảng Đức memorial. Now, this Buddhist monk’s name may not have any recognition for you, but you probably remember this photo that was broadcast around the world:

Thích Quảng Đức burned himself to death on the 10th of June 1963 in the middle of Saigon, without making a noise nor moving a muscle, deep in meditation. Why’d he do it? He was protesting against the government’s attempts to ban Buddhism throughout Vietnam.

“Thích Quảng Đức’s body was re-cremated at his funeral but his heart didn’t burn,” our guide explained to us. “Still intact, it was thought to be a symbol of compassion.”

My hairs stood up on end.

The memorial is built on the same site where Thích Quảng Đức sacrificed himself and it’s a striking tribute to someone willing to stand up for what they believe in – even through the most painful of deaths.